CardCash, the Web’s largest secondary gift card marketplace, announced today that it has been named to the prestigious Inc. 500 list of the fastest-growing private companies in America for the fourth straight year.

“It was our original appearance on the Inc. 500 back in 2012 that helped launch the business into the spotlight, establishing CardCash as the industry leader,” says Elliot Bohm, CEO and co-founder of CardCash. “Although this is the fourth time that we are on the list it is still thrilling and we couldn’t be prouder.”

As a leader in the secondary gift card market, CardCash.com has experienced explosive growth in recent years. 2014 saw the company’s revenue jump to $94.7 million. Also in 2014 CardCash acquired former rival Plastic Jungle, and entered into a strategic partnership with Incomm, a leading provider of connectivity and integrated point-of-sale technology solutions to retailers.

Annual gift card sales exceeded $113 billion in the United States in 2013, with nearly 10% of those cards going unspent. CardCash.com provides a simple and secure online exchange that helps consumers convert their unused cards into cash for as much as 97% of face value. Those in the market for gift cards, meanwhile, can buy from top national brands at a discount as high as 40%.

CardCash is one of a select few companies whose sustainable growth has kept them on the Inc. 500 list for the fourth year in a row. CardCash was the 9th highest ranked New Jersey company on the list. 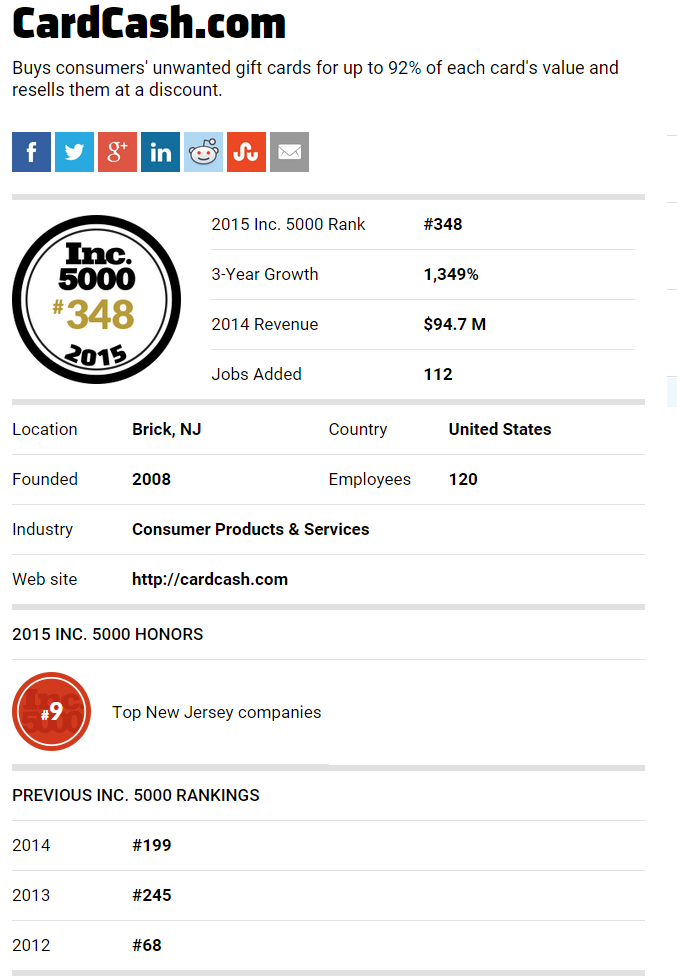 Founded in 2008, CardCash offers the country’s largest and most secure selection of discounted gift cards online. The company has been ranked for three straight years on Forbes’ list of America’s Most Promising Companies, and for four straight years on the prestigious Inc. 500 list of the fastest growing private companies in America.

CardCash.com raised $6 million in equity funding from Guggenheim Partners in November 2013, and $6 million in debt funding in December of 2014 from Sterling National Bank.

How to Save Even More at Target Than at Walmart

CardCash.com Ranked by Forbes As One of America’s 100 Most Promising Companies

DEAL ALERT! Spring Maintenance for your Car, ONLY $17.45! 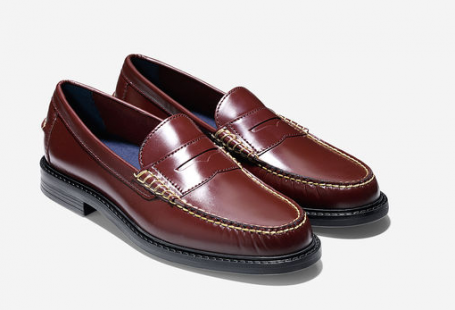